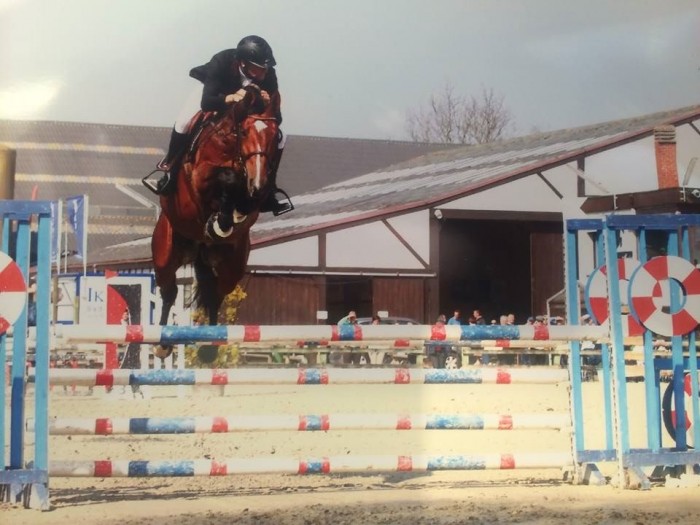 What a weekend for the offspring of our stallions at the KWPN Championships. Bas Moerings and Ipsthar, son of Denzel van ‘t Meulenhof, became champion of the five-year-olds, with excellent placings for I Am Special CB and Iron Man as well. These sons of I’m Special de Muze finished sixth and ninth. Ester Blekkink and Jub copied the example of Ipsthar by becoming champion of the four-year-olds. Jub is sired by Elvis ter Putte out of a mare by Vigo d’Arsouilles. Vigo on his turn, is the father of number two, Jamboree TN, as well. Hannah Gold, daughter of Nabab de Rêve, made the success complete with a fourth place in the championships for six-year-olds.

Denzel van ‘t Meulenhof also did some good business at a couple of auctions. Both at the Belgian Foal Auction and at Online Auction Twinkeling, he sired one of the most expensive foals, thanks to Scotty vd Bisschop (17.000 euro) and Samovar vd Bisschop (12.000 euro). Sensitive 92 (f. Malito de Rêve) was sold for 10.500 euro.

At the international GP-level, there were once more some excellent results. In Deauville, the very promising Elize (f. Bamako de Muze) jumped to the tenth spot in the GP3* with Aymeric de Ponnat. Christian Weier and Global (f. Nabab de Rêve), half-brother to Fantomas de Muze and Lector vd Bisschop, finished seventh in the GP of Lier. In San Giovanni di Marignano, it was the turn of Paolo Adorno and Fer Z.G. (f. Nabab de Rêve) to stand in the spotlights with a ninth place (GP2*).

It did not stop there. In Valence, Eros (f. Querlybet Hero) and Olivier Robert grabbed a second place in a 1.50m. Same location, other class, for Shane Breen and Golden Hawk (ex-Figo de Muze, f. Vigo d’Arsouilles). This duo became second in the Six Bars and in a 1.45m-class. Over 1.40m, there was in San Giovanni di Marignano a second place for Minerva G.I.H. Z (f. Malito de Rêve) and in Lithuanian Vazgaikiemis a fourth place for D. Lady (f. Glock’s London) with Estonian rider Kertu Klettenberg.

A whole bunch of great results in the young horse classes as well to complete this overview. Bux Bunny de Tiji (f. Bamako de Muze) amazed once more with Julien Denaeyer last weekend. The duo did not make a single mistake in the classes for seven-year-olds in San Giovanni di Marignano en became first, second and third in the process. Guinness (f. Nabab de Rêve, Bertram Allen) also confirmed his potential by winning a class for seven-year-olds in Lier. In the same age category there were also some notable performances by Lady Optima (f. Nabab de Rêve) with Max Sebrechts. 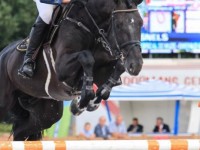