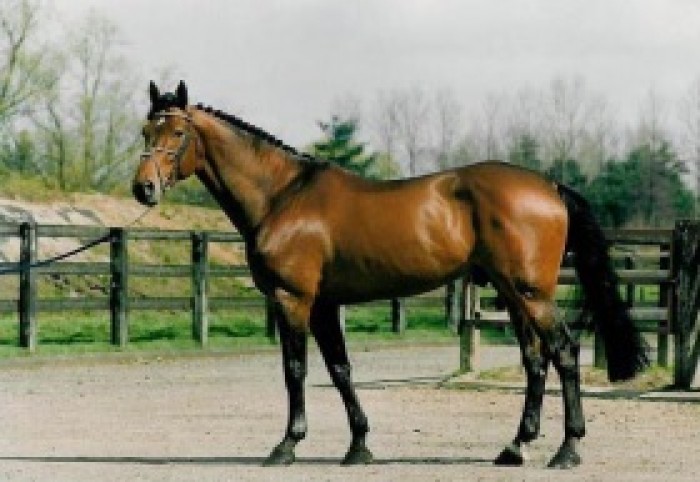 It has been three years since Nabab de Rêve has passed away, but his influence on modern show jumping is still unmistakeably present. Last weekend, his offspring once more honoured his name with several amazing results.

In het Global Champions Tour of Paris, the world’s best combinations, according to the WBFSH-rankings, finished third in a 1.55m-class. We are, of course, talking about Harrie Smolders and Zinius, both number one in the world in their respective categories.

At Knokke Hippique, Nabab was also spoken of due to an excellent fourth place of Biarritz des Hauts Droits and Kelly Vandousselaere in the GP3*. Also in Knokke, New Zealand’s Lisa Cubitt won a 1.40m-class with Encore. In the Polish city of Wilkow, Jakubowice, nine-year-old Naccord Melloni jumped to a great third place over a 1.60m-track in the GP with home rider Wojciech Wojcianiec.

Besides these great Nabab-results, there were also some fine performances by offspring of our stallions in the classes for young horses at Knokke Hippique. In the classes for seven-year-olds, the spotlight was reserved for Stephanie Andries with Lysanne van ‘t Winnenhof (f. Elvis ter Putte) and Jonna Ekberg with Bellisima Ter Wilgen Z (f. Bamako de Muze). Both mares impressed with several clear rounds.

Finally, in the classes for five-year-olds, Nura Lta stepped into the limelight thanks to two victories and a third placing with François Mathy Jr. Noortje van de Windheuvel (f. Farfelu de Muze) delivered as well with two clear rounds, ridden by Chinese rider You Zhang. 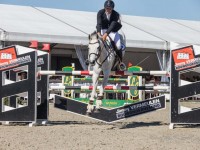