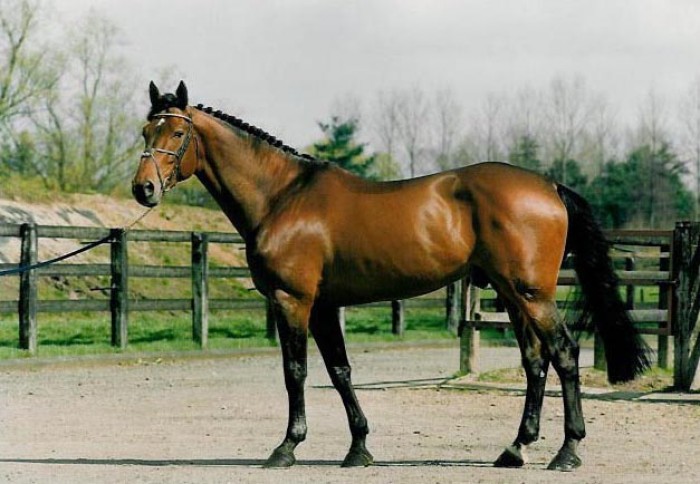 At the Dutch Championships, Navarone Z (f. Nabab de Rêve) has taken home some silverware last weekend, ridden by Gerben Morsink. After the second leg, they were in the lead for a moment, but in the end, they became second.

In the category for Young Riders, there was a medal as well. Bas Moerings rode Fosther (f. Vigo d’Arsouilles) to the bronze medal. Finally, Lars Kersten finished in the eight spot with Dora de Ness (f. Nabab de Rêve) in the Junior-category.

In Kentucky, Oliver Townend triumphed in the first leg of the Rolex Grand Slam in Eventing, riding Cooley Master Class (f. Ramiro B). A clear round in the final jumping track made them surpass resigning winner Michael Jung in the final rankings.

Over to Samorin, where Fer Z.G. (f. Nabab de Rêve) won a class 1.50m with Italia rider Paolo Adorno. In the same class our stallion Kaiser van het Lambroeck (f. Nabab de Rêve) and Cassio Rivetti finished third with an amazing clear round. A class 1.45m against the clock fits Wilm Vermeir and Gentiane de la Pomme (f. Shindler de Muze) like a glove and it was not different in Samorin, since the duo again won a class and became fifth in another. In the Nations Cup, Ireland finished second, with Ipswich van de Wolfsakker (f. Carembar de Muze) as  a part of the team.

Maubeuge was the decor for a CSI3*. Olivier Robert and Eros (f. Querlybet Hero) were close to victory in the GP, but in the end, they became fourth.

Givenchy du Fleury and Arnaud Doem were third in a class for six-year-olds in Maubeuge and in the German Eschweiler there were two clear rounds for I’m Special Black (f. I’m Special de Muze) in the classes for five-year-olds, a clear round for Visa Z (f. Vigo d’Arsouilles) in the six-year-olds classes and two placings for Loukas de la Noue (f. Malito de Rêve) in the classes for seven-year-olds.

We end our overview with the STX Cyclus. The third leg took place in Azelhof. Again, there were a lot of fine results.

L’Hermes de Muze (f. Elvis ter Putte), finally, defended the colours of Stal de Muze in the class for seven-year-olds. He delivered with verve and produced a double clear. 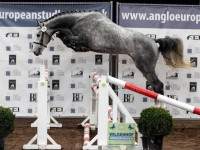 De Brabander-family in the winning mood