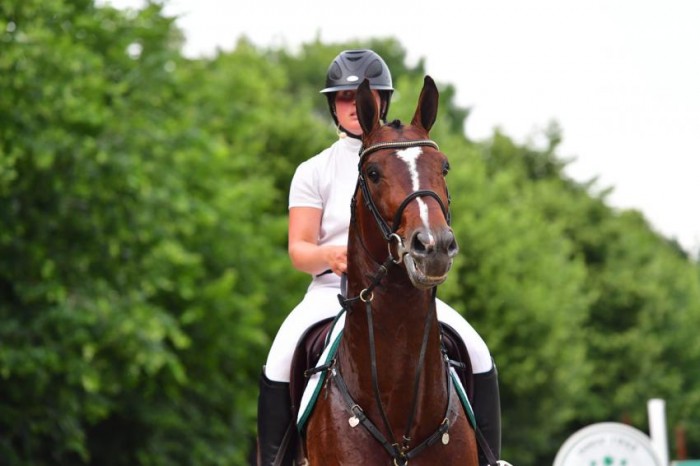 The competition is slowly getting back on track everywhere and so is the weekly news overview. After all, there have been a lot of great results in the past few weeks.

We start with our own stallions. Navajo van 't Vianahof for example, showed to be gradually ready for the bigger work. With Koen Vereecke he jumped three days in a row double clear in the seven-year-old classes in Bonheiden. This yielded them an eighth place in the final. With Kasanova de la Pomme, Koen Vereecke also did not touch a single pole in Bonheiden. The same rider equally rode another horse, Lector vd Bisschop, to two double clear rounds in the 1.35m in Opglabbeek.

Matisse de Mariposa and Mosito van het Hellehof can be admired under the saddle of Bernardo Alves since this spring and these brand new combinations were immediately successful at level 1.40m in Hasselt. Matisse even won the class and also Mosito finished clear.

One of the first post-corona GP's and immediately a win, it happened to Cassio Rivetti with our Kaiser van het Lambroeck. They won the GP in Temecula (1.45m) at the end of June. Cashpaid J&F and Nathan Budd are also getting back on track. At the two-star competition in Opglabbeek, they jumped clear in a number of classes 1.35m-1.45m.

Finally we look at the “cyclus”, where Christophe De Brabander and our young prodigy Jardy de Muze had a good clear round in the class for five-year-olds in Opglabbeek. Yarno Geeroms and the also five-year-old Cuba Libre de Muze Z did the same in Dilbeek.

At the international shows the offspring of our stallions were also excellent. It would lead us too far to give a complete overview of all the results of the past weeks in the scope of this news bulletin, so we limit ourselves below to the highlights of the past weekend.

We start in Gorla Minore, where Maxime Harmegnies jumped with Bamalou de l'Ecuyer (s. Bamako de Muze) to a fourth place in the final for seven-year-olds.

A little further on, in San Giovanni di Marignano, Fabio Crotta jumped several times clear with the six-year-old Jelvara J (s. Elvis Ter Putte). Umberto Reboldi and Enzo de Coquerie (s. Malito de Rêve) also had a clear round. In the competition for five-year-olds, we noticed one of the first offspring of By Cera d'Ick. Fein Lotta DK and Cosme Ucieda Carames did not make a single mistake during three days of competition.

Over to Poland then, where a competition was held in Zielona Gora. Elizabeth Z (s. Elvis Ter Putte) and Polish rider Aleksandra Lusina-Golas became tenth in the final of the five- and six-year-olds thanks to a double clear round in the final.

In Opglabbeek finally, Kara Chad jumped to third place with Firefly W (s. Nabab de Rêve) in a 1.40m class. Kim Emmen and Encore (s. Nabab de Rêve) did the same in another class over the same height. For Victor Kumps and Lirenco van 't Kieveld (s. Vigo d'Arsouilles) there was a fifth place in a 1.40m accumulator class.

Breeding is not always gambling