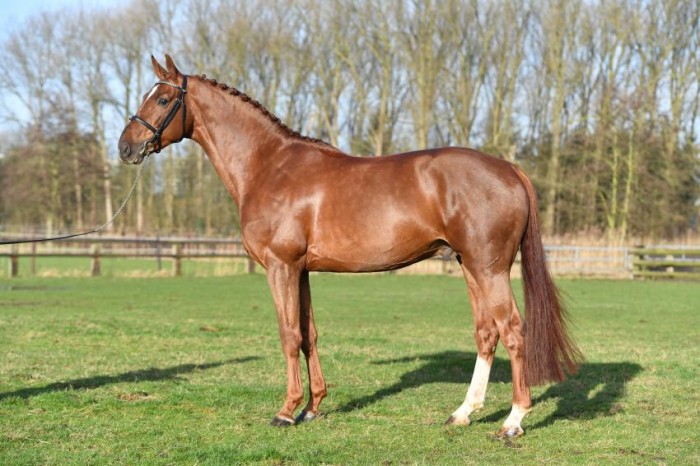 Stal Hulsterlo welcomed a lot of horses and riders last weekend for the first leg of the STX Cyclus for young horses. Some of our young stallions were equally present there and they were quite successful.

In the class for five-year-olds, our promising stallions Negredo de Muze (f. Elvis ter Putte) and Navajo van ‘t Vianahof (f. Vagabond de la Pomme) continued their run of excellent performances, dating back to the finals of the PAVO stallion competition. With Karline De Brabander respectively Walter Lelie, they both managed a fine clear round.

Lector vd Bisschop (f. Bamako de Muze) could make quite an impression as well, like he did in the stallion competition. With Karline De Brabander, he finished without any penalties.

Countless other offspring of our stallions also delivered some great performances, but it would lead us too far to sum them all up in the space of this article.

Close to home, in Bonheiden, Killer Queen VDM (daughter of Derly Chin de Muze (f. For Pleasure) was victorious in the GP with Daniel Deusser. The two of them grabbed a second spot in a 1.45m-class earlier during the weekend as well. Furthermore, Just Energie (f. Nabab de Rêve) finished second in a class of the same height.

Next to Bonheiden, in Sint-Katelijne-Waver, Gilles Thomas rode his promising Nabab de Rêve progeny Konak to a fifth place in the GP (1.45m).

Barbizon is our next stop, where seven-year-old Le Coultre de Muze (f. Presley Boy) and Philippe Rozier became second. Once more a very promising performance from the grey stallion.

At the MET in Oliva, Stella Levista, sired by Satisfaction FRH triumphed in a 1.45m-class with Jonna Ekberg, while Taizo Sugitani rode Heroine de Muze (f. Tinka’s Boy) to a fourth place in the GP (1.50m). 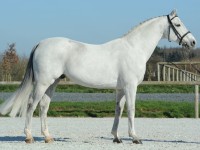