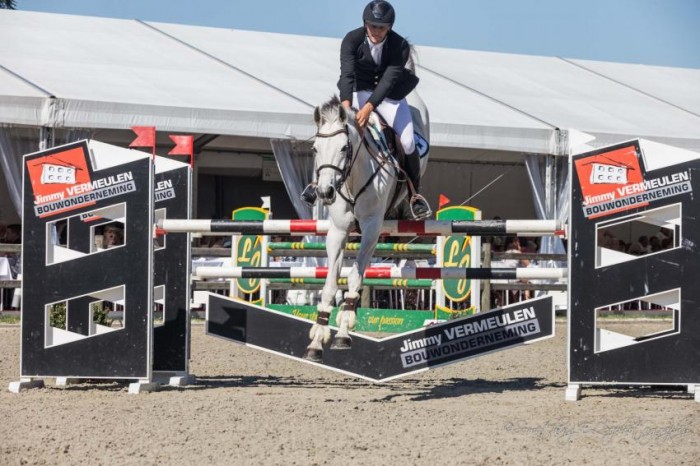 Christophe De Brabander and Genève de Muze (f. Vigo d’Arsouilles) were already victorious earlier this year in the ‘Beker van Oost-Vlaanderen’ and they repeated that performance by winning the Championship of Oost-Vlaanderen last weekend. They are the first combination that succeeds in winning both competitions in the same calendar year.

Not only our rider, but also our stallions were in great shape during the past week. Powerhouse Kasanova de la Pomme (f. Bamako de Muze) won the Six Bars in Dersekow, while El Torreo de Muze and Bernardo Alves became second in a 1.40m-class in Mons-Ghlin.

At Knokke Hippique Gancia de Muze was once more untenable. The daughter of Malito de Rêve raced to victory with Niels Bruynseels in the GP5* of Knokke. As if that did not suffice, Ipswich van de Wolfsakker (f. Glock’s London, ex-Carembar de Muze) won the GP5*of Monaco with Shane Breen, the ninth leg of the Global Champions Tour. With a second placing for Fair Light van ‘t Heike (f. Vigo d’Arsouilles) and Alberto Zorzi in the same class, the success for was immense. Also at the highest level, but this time in Calgary, Jadalco (f. Nabab de Rêve) and Francesca Bolfo became third in a 1.45m-class.

The offspring by Bamako de Muze were again omnipresent in all sorts of competitions. For starters, in the Children GP of Kronenberg, there was a victory for Elise Van Den Branden and Brillantina van ‘t Ruytershof (f. Bamako de Muze).

Knokke Hippique not only offers competition at five star level, but the riders also competed in the CSI2* and CSI3*. This brought a third place for Konak (f. Nabab de Rêve) and Gilles Thomas in a 1.45m-class and it even rendered another victory for Wilm Vermeir and Gentiane de la Pomme (f. Shindler de Muze) at the same height.

Finally, in Strzegom, Fletcha van ‘t Verahof (f. Vigo d’Arsouilles) and Karin Donckers showed to in great shape right on time with the WEG at the horizon. In Poland, they ended third in the CCI3*.

At the Dutch Z-Festival in Westdorp, the class for fillies was won by Malita de Porta Z (f. Malito de Rêve). Spirit vd N. Ranch (f. I’m Special de Muze) on his turn became seventh in the class for colts at the Flanders Foal Championship organised by BWP Leiestreek. 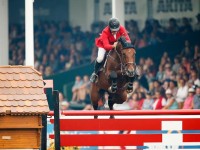